Portrait held in same collection for 35 years to be featured in March 1 Shanghai-to-London relay sale.

Lucien Freud’s Girl with Closed Eyes (1986-87), a portrait of Janey Longman painted by Freud in his sixties, will be offered during Christie’s March 1st relay sale connecting sale rooms in Shanghai and London. The work is being offered with its estimate upon request, a strategy that allows the house to gauge demand for the work in real time, but the whisper number places expectations above £10 million for the small canvas.

Janey Longman also appears in two other works by Freud, including Naked Girl (1985- 86) as well as alongside India Jane Birley, in the major canvas Two Women (1992).

During the course of these works, according to Christie’s, Freud’s style gradually evolved from the hard-lined precision of the 1950s towards an approach that fixated on faces and the physicality of his sitters using layers of oil paint that grew thicker over hundreds of hours of sittings.

The painting has been held in the same collection for the last 35 years after appearing in a seminal Freud exhibition at the Hirshhorn museum in 1987 and later at the Museo Correr in Venice. The painting will be shown by Christie’s in New York, London, and Hong Kong before the sale. 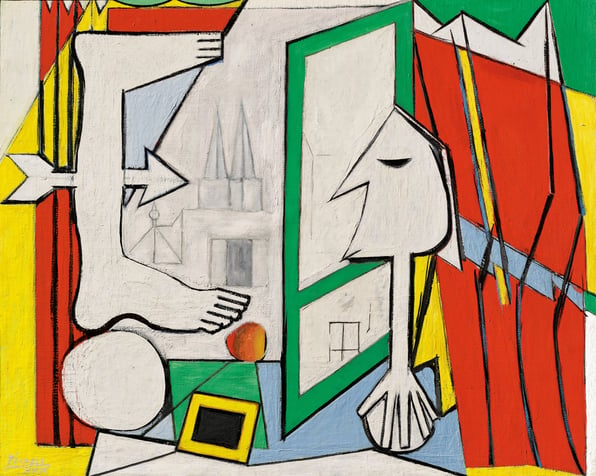