Estimated at $70 million, the key work has the potential to re-set the market

In a little more than a month, Jean-Michel Basquiat’s family is going to open an exhibition of his work and the family’s holdings in lower Manhattan. “Jean-Michel Basquiat: King Pleasure,” designed by Sir David Adjaye, features 200 never-before-seen or rarely shown paintings, drawings, multimedia presentations and ephemera. That show will precede a big moment in the Basquiat market in May because Phillips is announcing this morning that it will be offering the landmark work by the artist, “Untitled (Devil),” 1982 with a whisper number of $70 million.

The work is significant in a number of ways. It’s monumental size and the fact that it was made in 1982 and exhibited at some of the most important shows of Basquiat’s work makes it a bellwether work in Basquiat’s market. In 1996, the image appeared on the cover of the book that is considered the closest thing to a catalogue raisonné for the artist. Six years ago, at a time when Basquiat’s market had been tainted by the over-egged purchases of embezzler Jho Low, the work made a record price when collector Adam Lindemann, who bought the painting for $4.4 million in 2004, sold the painting at Christie’s for $57.2 million setting a new record price. The buyer was Yusaku Maesawa, the Japanese fashion billionaire who went on to reset the record price for Basquiat a year later with the $110 million purchase of “Untitled (Head).”

“I believe that art collections are something that should always continue to grow and evolve as the owner does,” said Maezawa who is selling the work with a third-party guarantee. “I also believe that it should be shared so that it can be a part of everyone’s lives. I hope that Untitled will continue its great journey in good hands and that it will bring smiles to many people all around the world. In the near future, I plan on exhibiting my ever-emerging art collection at a museum I am currently planning to create.”

Maezawa is already selling the painting at a profit but how high the market will value this work depends on a few things that are unknowable at this point considering the unprecedented sanctions placed on Russia this past weekend. That said, two years ago there were reports that Citadel's Ken Griffin had paid more than $100m to Peter Brant for "Boy and Dog in a Johnnypump," a smaller but similarly sized work with a brighter palette. Prices for Basquiat’s top works have also advanced since Maezawa drove the market five years ago. Since that time, two other works have sold publicly for prices above $50 million. Another six works have sold for prices over $30 million since Maezawa’s purchases as well. 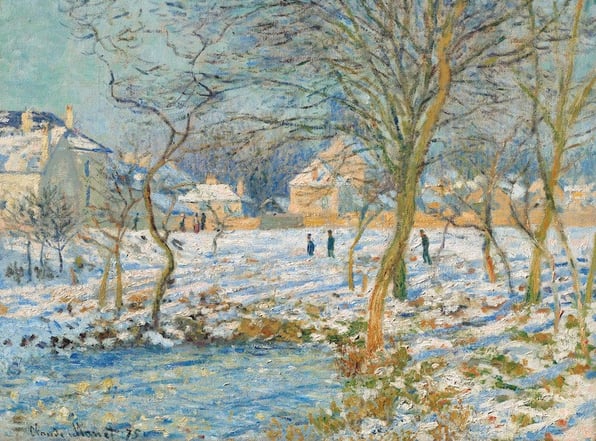 Claude Monet’s most prized works in the market these days are the ones that come from a series... 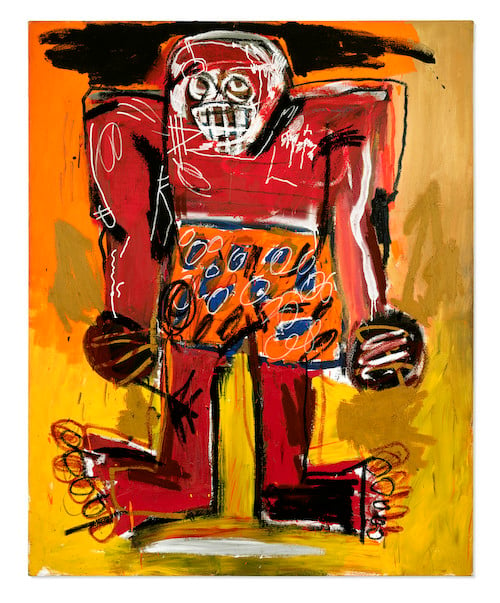