On the Block: What to Watch the Week of April 11

As the spring season approaches, regionally specific Modern and Contemporary sales warm up the block.

The week starts off on Tuesday with two US sales. Christie’s European Art online sale comes to a close at 10 EDT on Tuesday the 12th. Highlights include a Tuscan countryside by Corot that last sold at Christie’s in 2002 for $152,000 but passed in a 2020 sale. It is estimated at $100,000. There is also an impressive Lion by Rosa Bonhuer that has not seen the block since 1930, alongside two other animal works by the artist.

In Los Angeles, Bonhams California Art sale begins at 4 pm EDT. The sale features five works by Granville Redmond. Two landscapes from one seller are estimated at $100,000 each.

On Wednesday the 13th, Bonhams will have another geographically oriented sale in London. The Modern British and Irish Art auction begins at 8 am EDT. The sale features a 1990 train painting by Terence Cuneo with an estimate of £30,000. A similar work sold at Christie’s in 2017 for £81,250. There are two additional train paintings by Cuneo in the sale.

Across the channel on Wednesday at Christie’s Paris, the collection of Jacqueline Matisse Monnier comes up for sale at 10 am EDT. Much of the work was previously owned by her grandfather, Henri Matisse. Highlights don’t do the collection justice, with 78 works ranging in time period from Yves Tanguy to Niki de Saint Phalle. A Giacometti bust holds the highest estimate in the sale at €3,000,000. It comes from the first edition of this sculpture in 1950. A posthumous 1971 cast of the same sculpture sold for $1,351,000 at Sotheby’s in New York last year. Three of the highest value works of the sale come (logically) from the hand of Henri Matisse himself. Océanie, le ciel and Océanie, la mer, a pair of screenprints from 1946, are estimated at €1,200,000 each. The most recent sale of a print from this edition of Océanie, la mer was at Sotheby’s in London last spring for $1,492,133. In 2011, a work from this same edition sold for $4,791,794, almost six times its low estimate.

Also on Wednesday, Sotheby’s online Photographs auction comes to a close at 2 pm EDT. The sale features classic images by the usual suspects. A glamorous lounging family captured by Diane Arbus comes to the block with a personalized inscription and a $150,000 estimate. There are seven additional photos by Arbus in the sale. Richard Avedon’s 'Dovima with elephants, Evening dress by Dior, Cirque d'Hiver, Paris, August 1955' is featured with a $180,000 estimate. A version of the photo came up at Christie’s in New York last week and sold for $126,000.

Sotheby’s also presents a Contemporary Auction in Milan beginning at 12:00 pm EDT. The sale features works from a global array of artists, but the highlights are the Italian works. Mise en plis n. 1, a signature back-of-the-head composition from 1964 by Domenico Gnoli, is estimated at €800,000. If it achieves or exceeds its estimate, it will land in Gnoli’s top ten highest prices at auction. A small bright green version of Lucio Fontana’s Concetto spaziale, Attesa from 1965 is up for auction with a €400,000 estimate. Similarly mini versions of the concept in Fontana’s more characteristic red and white tones have sold for multiple millions in recent years. A small Piero Manzoni Achrome from 1962 has a €500,000 estimate, but bids have already reached €480,000 two days before the live auction commences. 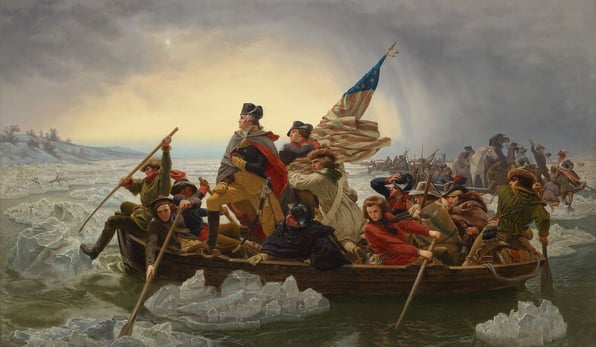 One of the most recognizable, reproduced, and parodied images of American history comes to the... 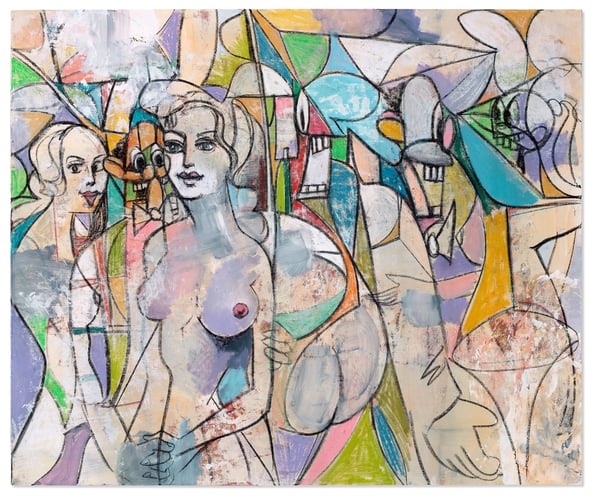 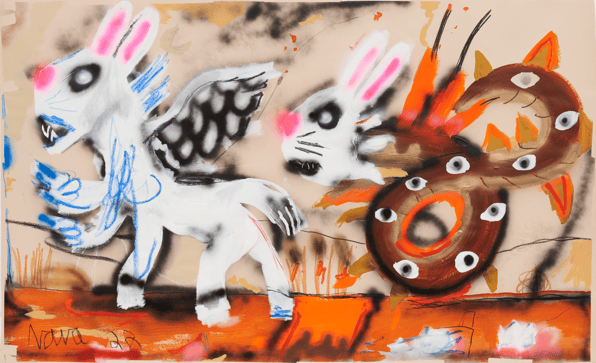