On the Block: What to Watch the Week of April 18

This week the block will see hundreds of lots courtesy of three prints and multiples sales. The highest value lots in these sales are largely portfolios of prints by the usual suspects, Andy Warhol and Keith Haring.

Phillips Editions & Works on Paper sale in New York runs April 19-21 and is split into a whopping four sessions. A set of ten flowers by Andy Warhol from 1970 sits at the top of the price spectrum with a million dollar estimate. The record price for a set from the same edition was achieved at Christies in 2014 with a sale of $1,145,000. The most recent sale of a set from this edition was at Sotheby’s in the fall of 2019 when it sold for $1,100,000. The sale will also feature two other print sets of note, one by Keith Haring and the other by Yoshitomo Nara.

Also on Thursday, Sotheby’s will hold their Art Impressionniste et Moderne Evening Auction in Paris. The opening lot is a 1971 painting by Surrealist Leonor Fini with a $217,540 estimate. The painting has not seen the auction block since 1991 when it sold for $77,660. On an inflation-adjusted basis, that would be $153,660 today. Since 1991, Fini has seen a marked rise in art historical and exhibition attention, not to mention market interest. With those factors in mind, the painting could achieve a strong result. Another notable lot in the sale is Tarin, 1929 by Francis Picabia. The painting has a $2,066,628 estimate. Tarin was created in the same year and style as Picabia’s Pavonia, which set a $10.9m record for the artist last month. At about one half the size, will Tarin bring in one half the record price?

Heading back to the world of editions, Christie’s Prints & Multiples will take place in New York on Friday, April 22nd. They are offering an Andy Warhol Queen Elizabeth II with a $150,000 estimate. A print from the edition sold just this year for $480,144, five times its low estimate. Later this spring, Sotheby’s will hold a special exhibition of Warhol’s portraits of Britain’s seven queens regnant including a 1985 Warhol portrait of Queen Elizabeth II in honor of her Platinum Jubilee. From another king of Pop (and editions), Roy Lichtenstein, Christie’s is offering the 1965 print Reverie, from 11 Pop Artists, Volume II with a $120,000 estimate. The record sale of a print from this edition took place just last fall. It sold for $201,600 over a $120,000 estimate.

Friday marks the close of No Regrets: 20/21 Art Online: All Originals from Christie’s Hong Kong. The sale includes a strong 2010 work on paper by Roby Dwi Antono that has already greatly surpassed its $1,276 pre-sale estimate in advanced bidding. There are no comparable sales at auction of early works on paper by Antono. A 2019 painting by internet sensation Mr. Doodle has already exceeded its $25,513 estimate. Somewhat larger 2019 artworks by Doodle have sold in the six-figure range. 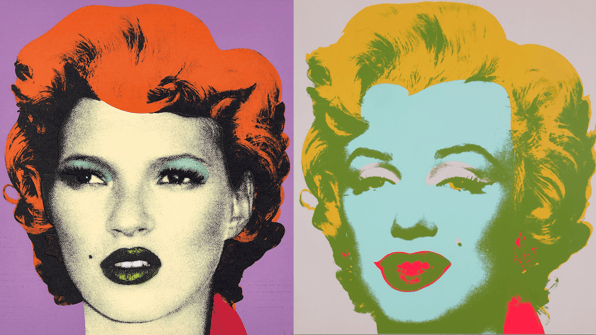 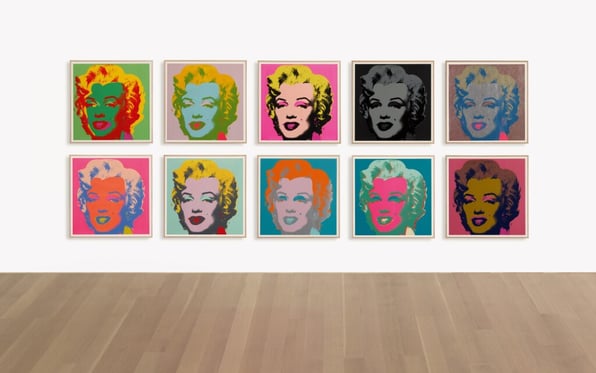 In their 2021 end of year reporting, Phillips auction house revealed that their sales of prints...