On the Block: What to Watch the Week of June 27

This week is anchored by Christie’s Paris to London 20th/21st Century Art Auction series. On Tuesday, June 28th at 8 am EDT, Christie’s will hold the 20th /21st Century: London Evening Sale. The auction opens with an untitled 2016 sculpture by Venice Biennale star Simone Leigh. The bust, a black figure ornamented with Leigh’s signature floral hair and raffia adornments, is being offered with a $365,241 estimate. Leigh’s auction record was set in New York just last month, and her multiple lots across this week’s sales could fill in the prices below that new high. Like Leigh, Stanley Whitney has a number of works coming onto the block at this week’s sales. Christie’s is offering New York Sound, 2013 with an estimate of $486,988. Whitney’s record price at auction, set in March of this year, is held by a work in a similar style and from the same period in the artist’s career.

At the top of the price spectrum of the sale, Christie’s is offering Yves Klein’s Anthropométrie de l’époque bleue, 1960. Though the work is being offered with an estimate upon request, a quick check of the LiveArt price database suggests the work will be sold around the £24 million ($30 million) mark. LiveArt reports on the lot here. Other notable lots in the sale include Lucy Bull’s third work at auction and a Basquiat self portrait.

The Paris arm of this relay sale kicks off at 11 am EDT the same day. The sale is smaller than its London counterpart but features a few notable high-value lots. Like in London, Yves Klein holds the high-end of the estimate range with the two highest value works in the sale. Cosmogonie sans titre, 1960 is being offered with a $2,614,338 estimate. It has seen the block two times previously, selling for $1,317,206 in 2011 and $432,478 in 2005. Christie’s is also offering Kyoka Kenro, 1982 by Kazuo Shiraga with a $1,254,882 estimate. Mnuchin put on a successful show of Shiraga in conversation with Willem De Koonig earlier this spring.

The following day on Wednesday, June 29th, Christie’s: Post War and Contemporary Art Day Sale begins in Paris at 6:30 am EDT. Christie’s is offering a 1991 multi-piece work by Daniel Buren with estimate upon request. Buren’s second highest price at auction was set at Phillips in March of this year, perhaps indicating a revival of his market. The sale also includes a humorous Peter Saul painting from 1993 with a $73,828 estimate and an early Niki de Saint Phalle sculpture from 1966 with a $158,203 estimate. The same de Saint Phalle figure sold at Christie’s Paris in 2014 for $202,668.

Later that night in London, Sotheby’s Modern & Contemporary Evening Auction begins at 1 pm EDT. The sale opens with a late Michel Majerus painting with a $122,645 estimate followed by a faceless bust by Simone Leigh. The blue-flower-crowned sculpture has an estimate of $245,290. Anna Weyant’s Buffet, 2020, acquired by the consignor through her former gallery Blum & Poe, is being offered with a $122,645 estimate. Last month, another iteration of this tabletop scene sold for $730,800 over a $100,000 estimate. The priciest lot in the sale is a 1986 self portrait by Andy Warhol. As LiveArt reported earlier this year, there are only 97 Warhol self portraits in existence, and a camouflage iteration of this image sold earlier this year for $18,708,500.

On Thursday, June 30th at 11 am EDT, Bonhams is holding their Post War & Contemporary Art auction live from New Bond Street. The sale opens with a 2006 multi-figure painting by Salman Toor. The work has a $122,482 estimate, but his four most recent comparable multi-figure works have sold for over $500,0000. Bonhams is also offering a 2017 painting by Jordy Kerwick, one of five artworks by the artist coming to auction this week. At the top of the price range, a 1981 shaped canvas still life by Tom Wesselman is being offered with a $1,041,095 estimate.

On the same day, Phillips’ 20th Century & Contemporary Art Evening Sale in London also begins at 11 am EDT. The sale opens with Antonia Showering’s third lot to come to auction. The 2020 painting is being offered with a $48,699 estimate. In March of this year, another 2017 painting by the artist sold for $302,790, more than twenty two times its estimate. The sale also includes a large horizontal 2017 canvas by Flora Yukhnovich. It is being offered with a $304,367 estimate, but her last three full-scale paintings have sold for seven-figure sums. Phillips is also offering artworks by Caroline Walker, Simone Leigh, Salman Toor, and Stanley Whitney, who seem to be the artists on everyone’s podium this week.

Rounding out the week is Christie’s Post War and Contemporary Art, Day Sale in London, beginning at 8 am EDT. Christie’s is offering a 2017 portrait by Claire Tabouret with a $123,508 estimate. A very similar picture sold last fall at Christie’s for $500,000, ten times its estimate. The sale also includes an intimate work on paper by Lisa Yuskavage with a $98,806 estimate. Yuskavage’s market has seen new light in the past few sale seasons with her second and third highest prices at auction achieved at the New York sales in May. At the top price point in the sale, Christie’s is offering an Andy Warhol Dollar Sign from 1981. The iconic image is being offered with a $494,031 estimate. It last saw the block in 2016 when it sold for $420,500 over a $250,000 estimate. A variation of the image in red, yellow, and purple most recently sold at Sotheby’s at the end of April for $465,684. 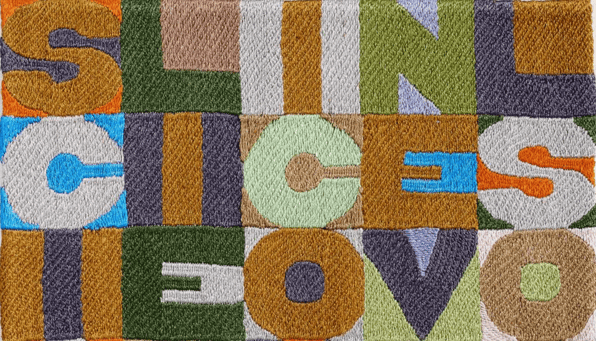 On the Block: What to Watch the Week of May 30

This week is filled with a number of online sales. Continuing at Christie’s through Wednesday, June...

This week’s Old Masters sales offer the potential to set a number of new records for old names.... 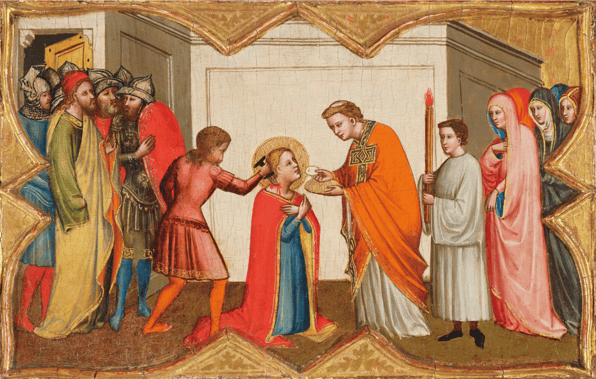 The week’s sales begin the morning of Tuesday, June 7 at Bonhams’ New York outpost. The Male...