Acquavella Gallery’s seminal show of Picasso drawings features some of the most significant works on paper from the artist’s entire body of work but it is also, in part, a record of some recent auction sales for Picasso works on paper. Also, given Picasso’s wide and varied output, the show points to similar works that have sold publicly. Whether you are potential buyer looking to gauge the market level of the works you respond to most in the show or a seller curious to know the values of your own work, here is a brief guide using LiveArt’s database.

The earliest works in the Acquavella show are a pair of bullfighting scenes from 1900 when Picasso had not yet fully reached adulthood but was living in Barcelona with his friend Carlos Casagemas who would travel to Paris with him later in the year. One of the works, Course de Taureaux (Corrida), was bought in May of 2019 at Christie’s for $2.655 million. The other, Scene tauromachique, was bought much earlier. It appears twice in the auction record. First it sold in a Swiss auction for $113,872 in November of 2002. The buyer tried to flip it quickly less than eight months later in an auction at Sotheby’s in New York but only pushed the price with premium to $170,400 which means the there was hardly very much left over for a profit.

The next work is a small study of the head of woman that Picasso made in Paris two years later. A similar work in size, style and date is Buste de femme from 1901 which sold auctioned for $64,625 a century after it was made. A larger work from 1902 is a portrait of Jane Avril that was made on a 13 by 10 inch paper. It sold at Christie’s in November of 2006 for three times the low estimate of $500,000 to make $1.528 million.

Picasso’s identification with circus performers is recorded in the many drawings of acrobats and harlequins. The Acquavella show has two of these works as well. One, Deux saltimbanques avec un chien is a loan from the Museum of Modern Art. It was a gift of the Burdens in 1985. But there is another nearly identical image from the same date but with different dimensions in the auction record. That work, Les Saltimbanques was purchased at Ketterer Kunst in Munich for $28,776 in 1910. Also from 1905 is Famille d’Arlequin which sold in May of 2018 at Sotheby’s for $11.5 million. That impressive price is even more spectacular when you understand that he work is the size of standard sheet of paper. Finally, from the same year but sold just a few weeks ago is Le repas de l’acrobate also from 1905 that was owned by Dallas oilman Edwin L. Cox. It sold for $7.144 million.

From 1906, the show has a standing nude with her hands folded in front of her body. The work is crayon on paper. A much smaller work made with pen and india ink sold in 2014 for $142,698 at Christie’s in Paris. The similarity here is in the figures’ posture.

One of the most impressive displays in the drawings show is the wall of works leading up to Picasso’s development of the Desmoiselles d’Avignon, a seminal work in the history of art, that he finished in 1907. Also from that year, is a study for one of the figures called the Yellow Nude. It was purchased at Sotheby’s in 2005 for $13.7 million.

Another work at that same level and related to the others in the show is a study for a nude with drapery that was made in 1907. The gouache and watercolor sold in 2018 at Christie’s where it was offered with a $1 million estimate and sold for $6.05 million.

Moving from Analytic Cubism to Synthetic Cubism, the show has a pristine Femme assise from the Summer of 1912 that would inspire all but the coldest of eyes to want even a pale comparable. As luck would have it, there are more than a few in the auction record. And some are quite affordable like this Personnage assis dans one fauteuil from the same year that was purchased for $25,000 two years ago at Sotheby’s. On the other hand, this Femme à la guitare also from 1912 was sold at Christie’s in London for $103,160 in February of 2012, which is still not a huge sum when thinking about Picasso.

If a collage work from the Synthetic Cubist period is more to your taste, the Acquavella show has one from MoMA and four exquisite examples from private collections. Works of that quality don’t often come to auction but two were sold in New York this November. A still life of a bottle and glass on a table made $587,500 at Christie’s and a man with guitar was sold for $846,000 there, too.

The last synthetic work that Berggruen included in the show is the jewel-like Homme à la pipe assis dans un fauteuil from late 1916. As chance would have it, a much smaller work but maybe a better composition was sold from the collection of Alfred Taubman at Sotheby’s in 2015. Femme à la guitare dans un fauteuil was estimated at $500,000 and sold for $1.15 million.

In the 1920s, Picasso began to add new styles to his repertoire. The Neo-Classical works in the show begin with Deux Nus. This work was purchased in May of 2019 for $2.06 million at Sotheby’s in New York. The Acquavella show does a very good job of showing the wide array of subject matter that Picasso pursued in this style including classical scenes like Jeune homme au miroir …. In this period from 1920-21, one can see the artist work out several versions of the composition including a pen and ink version that was purchased at Sotheby’s in May of 2019 for $275,000, the work has a fairly long auction record. In 1986, it was sold for $66,264; by 1993, it had appreciated to $134,500. Although it doubled in price over seven years, it would take another 26 years before the work saw another doubling in value.

The Acquavella show has some fine examples of Picasso’s Neo-Classical portraits of women. These have been among the most valuable works on paper by the artist to come to auction. In 2012, La Liseuse made $8.4 million in a London sale at Christie’s. Later that same year, a Tête d’homme from 1921 sold for $6.13 million in New York. Six years later, Femme accoudée sold in November of 2018 at Christie’s for $12.125 million.

In the 1930s, Picasso returned to Neo-Classicism with Femme étendue which Berggruen includes in the show. It was acquired at a Christie’s sale in London in 2014 for $860,288. There’s also the sublime watercolor, Composition: Nu sur la plage from 1933 which was acquired the same year at Christie’s in New York for $2.5 million.

By the late 1920s, Picasso had become entranced with Marie-Thérèse Walter. His fixation on the young woman was so great he arranged to bring her along on his Summer holidays. He secretly installed her in Dinard during the Summer of 1928 so he could be with her but also use her as a model and inspiration. The result was the famous Carnet Dinard, a notebook of biomorphic figures that would be seen a variety of works from this period.

In 2013, a leaf from the Carnet Dinard sold at Christies’ for $3.5 million. The next year, another page was sold for a similar price of $3.2 million. That work is included in the show. Five years later, another one of the Dinard works appeared at auction. It made $5.269 million at a Christie’s sale in New York.

The War Years and After

As the second world war approached, Picasso’s style shifted yet again. Elements of his previous work began to converge in unexpected ways. The exhibition shows us different versions of Dora Maar that Picasso created. But the auction record has a greater variety of work. A gouache head of a man from 1940 was sold at Sotheby’s Paris late last year for $.52 million.

Included in the show is Picasso’s violent rape scene in pen and ink from the same year. It was bought by one of the world’s leading collectors, Pierre Chen, for nearly $8.7 million in 2017. That same auction season, Chen also bought the portrait of a sleeping Françoise Gilot for $9.3 million at Phillips.

Lest we think Picasso had settled on a consistent style even in this late period when he was already in his 70s, the Acquavella show includes a portrait of his dealer’s daughter, Sylvette David. She’s featured in other works, notably sculptures. But here we see that Picasso has not lost his skill as a draughtsman. The Sylvette drawing included in the exhibit is in profile. It was bought at auction in 2002 for $202,000. Four years later, another detailed portrait of Sylvette was sold in London for $610,289.

A decade later, Picasso made a series of drawings of a young man in a striped shirt smoking a cigarette. Berggruen included a version that is a bust of the young man. A full-body view was sold at Christie’s in 2013 for a little over $1 million.

The show closes with some of Picasso’s very late works. These drawings show the artist still in possession of his libidinal desire even in his ninth decade. The works replicate photography’s ability to make the viewer focus on a different aspects of the entire visual field. In the case of these nudes, the face and pudenda are detailed while the body and setting are rendered with open lines. The first Nu couché from 1968 was acquired at Christie’s in New York for $495,750 in 2013. The second was acquired at the same sale for $663,750.

The Acquavella sale is not a selling exhibition. The intent is to excite and inform potential collectors about the possibilities that this body of Picasso’s work offers. Although these works are the highest quality Picasso drawings, the range and variety of works offer the potential collectors a number of different entry points.

The understated title of Acquavella gallery’s overwhelming show of drawings by Pablo Picasso...

So You Want to Collect Picasso Drawings?

It’s hard not to feel overwhelmed walking out of Acquavella gallery’s career-spanning show of... 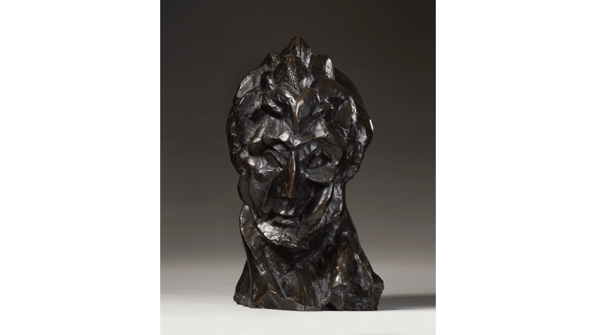 The Metropolitan Museum of Art was gifted a cast of Pablo Picasso’s Tête de femme (Fernande) by...