In many ways, Hong Kong has become an important venue for breaking new markets for artists. Asian collectors have developed an interest in a wide range of artists from different geographic regions and with a broad range of aesthetic influences and styles. Of course, many collectors from other regions are buying in the Hong Kong sales too. Art market watchers have become accustomed to the sales in Hong Kong producing momentum for artists who are building global markets. Hong Kong is now the Contemporary art day sale on steroids.

This December, Scott Kahn’s painting Cadman Plaza from 2002 was offered with a HKD 1 million low estimate. At an equivalent $130,000, that’s a very bold estimate for an artist with no public auction record to speak of. But the HKD 7.5 million selling price ($967k) produced a thunderclap within the Contemporary art market.

Kahn owes much of the collector interest to his friendship with, and the patronage of, late painter Matthew Wong. Some of Kahn’s work shares stylistic themes with Wong’s work. Indeed, Wong had listed in an interview Scott Kahn as an artist who influenced his work. Khan’s name appears between Yayoi Kusama and Marsden Hartley. He went on to add that Instagram had been central to his way of seeing and learning from other artists: "Instagram is great for looking at art, even as it’s no substitute for the real thing. Being so far out in Edmonton, Canada, which is where I live, social media is still the next best option for keeping myself in touch with what other artists are doing.”

Wong’s market detonated not long after his 2019 suicide. Before then, he was a promising and recognized artist who had posted on Instagram about having acquired one of Khan’s works.

That post had brought Kahn to the attention of Harper Levine who represented the artist through his gallery Harper’s Books. That’s where Cadman Plaza was first sold. Eventually, another collector acquitted the painting. That collector happened to see the splash that Kahn’s work made at Art Basel in Hong Kong earlier this year. His work was featured in a solo show in François Ghebaly’s booth.

Since then, Almine Rech has taken over representing Kahn. The specialists at Phillips, responding to the consignor’s belief that demand for Kahn’s work was building, decided upon a strategy that would help slingshot Kahn to the forefront of the contemporary market. “The strategy was discussed at length,” Isaure de Viel Castel, Phillips head of Contemporary art in Hong Kong.  “The idea was to present Scott Kahn’s work alongside those of Matthew Wong, in the same sale’s context: the Evening sale.”

Phillips placed Cadman Plaza right before two Wong canvases that also did quite well against their estimates. The gambit paid off. de Viel Castel confirms that Phillips saw some of “the same collectors bidding on Kahn and Matthew Wong works.” 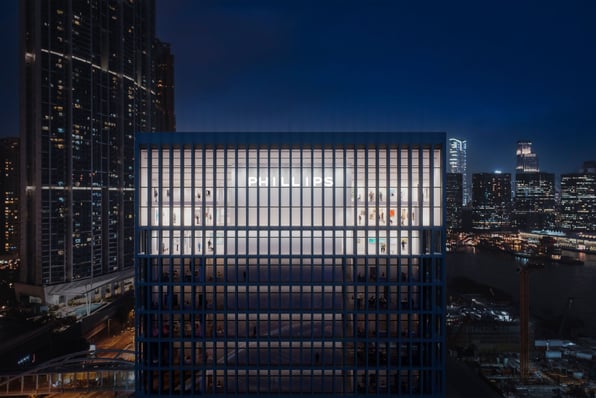 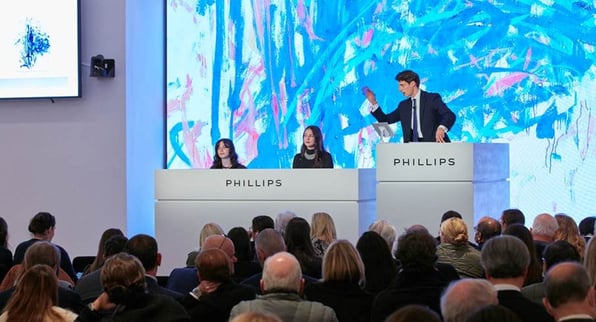 The Ghanaian artist El Anatsui lives and works in Nigeria. His studio creates work in a variety...