A new record for Hughie Lee-Smith along with 10 other works by the artist sold as well as ones by Alma Thomas, Beauford Delaney, Ed Clark and many others.

Swann Auction Galleries semi-annual sale of African American art, an auction category pioneered by the house, totaled $3.6 million with 214 lots sold of the 241 lots offered. That total is a strong hammer ratio of 1.52—indicating strong interest from bidders—and a sell-through rate of 89%.

Although Swann first established the African American art auction category 15 years ago, many of the most sought-after artists who would qualify for inclusion are now sold at the international auction houses. That does not seem to have dampened Swann’s ability to make markets. Where Sotheby’s, Christie’s and Phillips tend to sell works by younger artists of the African Diaspora, Swann continues to build the markets of historically important painters.

That price for Lee-Smith was slightly higher than the $341,000 paid for Ed Clark’s Spatial Image III from 1982. That was a record price for a work on paper by Clark. Alma Thomas’s Untitled (Atmospheric Effects Series) from 1971 sold for $209,000. Rounding out the top five works with the two Lee-Smiths was a Beauford Delaney Untitled (Composition in Yellow, Orange and Red) that made $137,000.

We track the Swann African American sales since 2009. The chart below shows the total for each sale in the green bars and the average price for the sale in the red line. You can see that both sale totals and average prices have leveled out over the last four years. The spike in totals in late 2019 and early 2020 was from the inclusion of single-owner sale. 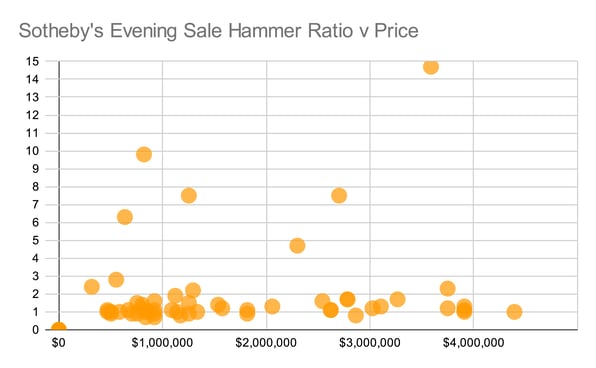 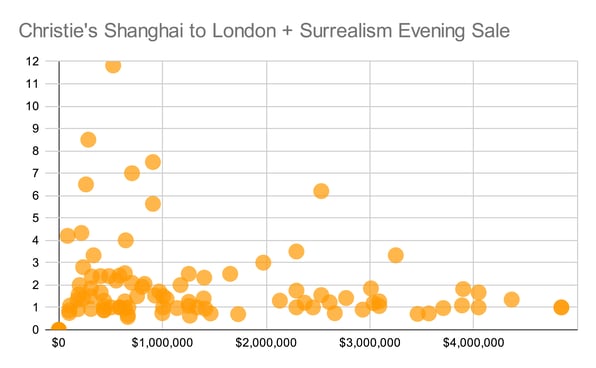 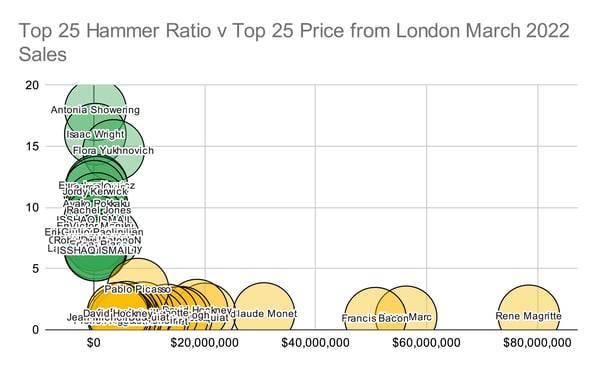 London’s Winter auction cycle, the first market feedback of 2022, tells us that despite the...