The Pillars of Samson

A haunting portrait by the South African painter Cinga Samson made waves at a Phillips New York evening sale in June of 2021. It roared past its high estimate of $35,000, eventually hammering for more than ten times that price at $378,000 including fees. The work, a 2018 painting entitled Two piece 1, was just the third painting by the young artist to be offered at auction, and the painting’s astronomical hammer price represented a roughly 2,250% increase over Samson’s existing auction record, a modest $16,000 achieved during his 2020 secondary market debut. In its remarkable reception, Two piece 1 would set the tone for Samson’s breakout year, which saw five more works sell for six-figure prices. In the end, nearly $1.9 million had been spent on Samson’s work.

As auction houses begin to gear up for their spring sales, Samsons have once again taken center stage at Phillips and Christies. His ethereal paintings seem poised to deliver similar results. But what exactly is driving this demand?

Samson’s explosive 2021 results were a long time coming, according to Kate Bryan, a specialist in 20th century and contemporary art at Phillips. There had been a sold out show at Perrotin called 'Afana ngeentshebe zodwa’ in early 2020. That left many of Bryan’s clients unable to get their hands on work. She explained, “The Perrotin show was happening on the heels of the Minneapolis Institute of Art show ‘Mapping Black Identities,’ which included his work.”

Shortly before the June sale, Samson signed with London’s White Cube, who began representing the artist globally in May of 2021. According to Bryan, it was this confluence of institutional and gallery support that placed Samson in a prime position for secondary market success.

Samson’s success at auction is a recapitulation, in many ways, of his ascent within his home country of South Africa. Samson began painting in his early twenties after stumbling across a shared artists studio space in Cape Town. He learned his trade from the painters working there, and by 2011 he was showing at small South African galleries such as Greatmore Studios and AVA Gallery. His paintings, which feature African sitters with piercing iris-less eyes staged in theatrical compositions, are often based on photographs he takes of people from his community. The surreal and haunting canvases—that nonetheless channel a classical mannerism reminiscent of painters ranging from Henri Rousseau to Kerry James Marshall—won Samson fans throughout his home country. By 2015, he had begun showing regularly with blank projects, the tastemaking Cape Town gallery.

“Samson's market was relatively small and local when we first exhibited his work in 2015,” said Hannah Lewis, a director at blank projects. “However interest started to intensify in 2017 with his exhibition 'Safari Fantasy' and then even more so with our presentations of his work at the Armory Show and Frieze London in 2018.”

Samson’s appearance upon the international art fair circuit coincided with a on-rush of demand from collectors for new and appealing figurative painters from the African diaspora. During this same period, Kerry James Marshall’s work had shot up in price and prominence, and a host of African painters like Amaoko Boafo, Otis Quaicoe and Aboudia had become familiar names to collectors.

“Cinga’s work is very much about his identity, his personal history,” Bryan said, attributing his market success to the vibrant particularity of Samson’s subject matter. “He takes a lot from his local landscape, the environment that he’s in. There’s a lot of personal identity and narrative that goes into these works, and there’s interest across the board in opening up a collection to what these narratives can be.”

In execution, this can range from modest and carefully-considered portraits of single sitters to large-scale stagings of people congregating around swimming pools or on the steps of ancient buildings. The single portraits have dominated his secondary market so far. But the impressive scale and composition of his larger group portraits have begun to draw the eyes—and dollars—of savvy collectors.

The combination of Samson’s African identity and his classical compositions seems to have attracted a surprising range of collector interest. “We’ve had an amazing depth of bidding on the works we’ve offered,” Bryan added. “It’s completely international and multigenerational. It’s collectors that have works by post-war artists on their wall all the way through to ultra-contemporary, it’s new collectors that are collecting artists that are around their same age—for Cinga Samson, it runs the gamut.”

Demand has driven Samson’s prices even higher. Two piece 1’s record was broken that Autumn when the 2017 portrait Lift Off sold for £321,300, or the equivalent of roughly $439,700, at Sotheby’s in London. That result, which still stands as Samson’s current auction record, was followed by a slew of six-figure sales. A solo show at New York’s FLAG Art Foundation, which opened in October of 2021, as well as his forthcoming solo debut at White Cube, has only added to collectors’ familiarity with the painter. 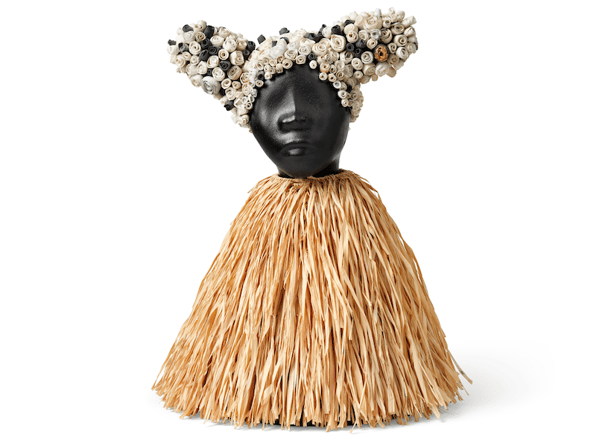 One of the consequences of the pandemic was the acceleration of the auction market. A small...