The Warhol market came roaring back this season after several years in hibernation. To be clear, demand for Warhol’s work has not disappeared. It merely shifted to works at lower price points, especially the print market where Warhol remains a driving force. The lull in major Warhol sales had raised the question of whether the artist had gone out of fashion or there was simply no meaningful supply in the eight-figure range. The Macklowe’s Nine Marilyns and Sixteen Jackies, Peter Brant’s oxidation portrait of Jean-Michel Basquiat and the later portrait of Muhammad Ali all solved that mystery. It was clearly supply.

The same seems to have been true of the interest in Vincent van Gogh’s work. The Cox Collection supplied three of the four van Gogh works on the market that fueled the $161 million in total sales. Three of the works sold for prices 1.5 times the low estimate which is a strong sale, indeed. But the market was surprised by the success of van Gogh’s portrait of young man that made eight times the low estimate of $5 million.

Claude Monet, Pablo Picasso and Cy Twombly round out the upper ranks of the season’s market share. About half of the 11 Monet works sold for prices above the high estimate. The runaway success was the fragment of a Nymphéas work estimated at an extremely attractive $700,000 that sold for $6.27 million. Altogether, Monet’s work sold for $142 million. Because of the huge volume of his work on the market and its high value across the board, Pablo Picasso’s art usually generates the highest market share for the Modern market. This year occupies 4th position with $135 million mostly due to expanded sales volume for other artists. Half of Picasso’s 35 works on the market sold for prices above the estimates. So there’s still plenty of unexpected demand for his works. Cy Twombly, on the other hand, sold $121 million worth of art but it all fell within the estimate range. 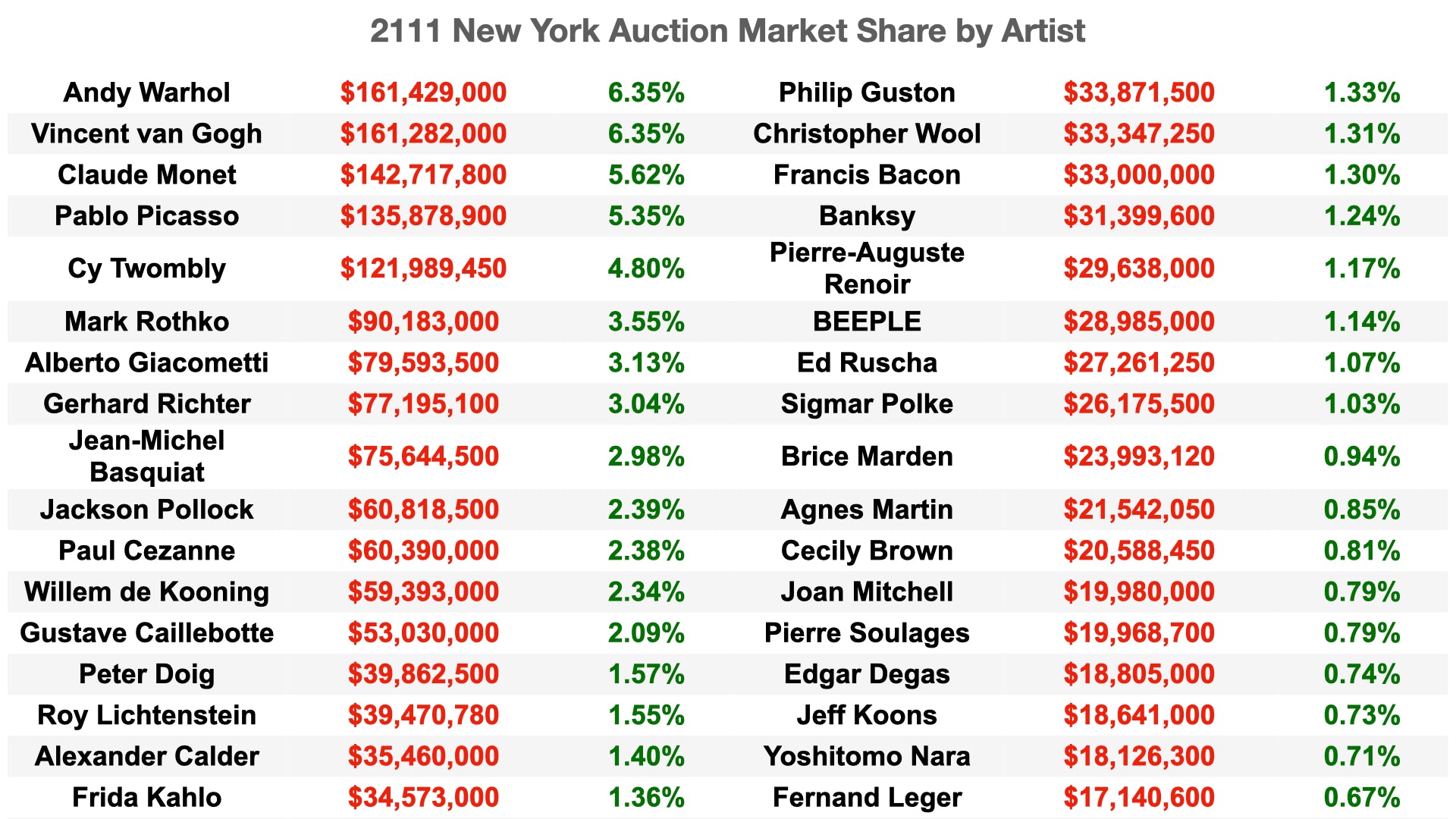 It takes until the 17th position before a woman appears on the market share chart. Frida Kahlo did so on the strength of a single work. Agnes Martin, Joan Mitchell and Cecily Brown also appear among the top artists by market share. Cecily Brown was the undoubted star of the season with multiple sales well above the estimates. Two works sold for more than twice the low estimate and one sold for an attention-getting 6 times the low estimate.

Not on the list shown but worth noting is the $9 million paid for works by David Hammons, the $8 million in Helen Frankenthaler works, the $1.8 million paid for Emily Mae Smith’s paintings, and, finally, the run of seven works by Kenny Scharf that were all bid at least two times the low estimate and as many as 5 times to total more than $2 million. 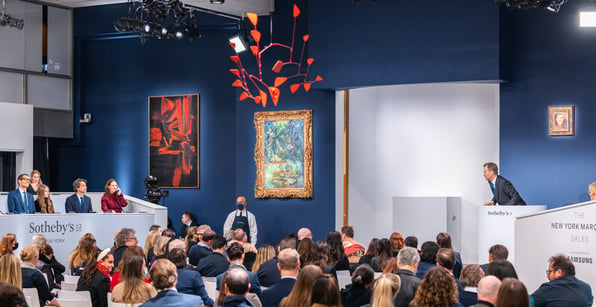 New York’s November auctions totaled $2.54 billion across the sales of the Macklowe and Cox...

70 Years of Generative Art at Phillips

While “generative art” has come to be associated with the world of web3, the term dates back to...