Unseen for 57 years, the central panel from a triptych portrait that Bacon himself broke up appears in London

Sotheby’s is leveraging Queen Elizabeth’s platinum jubilee with special sale focused on Modern British art. Over the last decade there has been a growing interest in a number of artists from Britain’s modern period. A few of the standard names have become global names, the so-called “blue chip” artists whose work is considered a cut above the local or parochial. Think about David Hockney and Lucian Freud and, even Francis Bacon, here. Just below that elite level—and all three of those artists were once considered to be in that secondary tier below the global artists too—there are artists like Barbara Hepworth, Bridget Riley, Henry Moore and even Banksy—who command international attention.

Sotheby’s British Art: The Jubilee Auction goes a step further in different directions. The sale opens with a cloud study by John Constable and includes works by painter-of-the-moment Flora Yukhnovich. There’s everything from Millais, Gainsborough and Turner to Hurvin Anderson, Sean Scully and Lynette Yiadom-Boakye.

To top it all off and generate excitement, specialist Tom Eddison has secured a rare and surprising work by Francis Bacon. It’s well-known and remembered that the most expensive Francis Bacon work ever auctioned was the re-united triptych of Three Studies of Lucian Freud from 1969 that made $142,405,000 when Elaine Wynn bought it in 2014. But there seems to have been an earlier triptych of Freud that was also broken up at some point.

Eddison has one of the three works, the middle image, on offer from a private collector with a £35 million whisper number. The work has been in the same collection for 40 years. Bacon showed the three works together in Hamburg and Stockholm in early 1965. The central panel, this work, was shown shortly after in Dublin on its own at the Municipal Gallery of Modern Art in April and May of that year. It hasn’t been seen publicly since.

The left panel is now in private hands. The right panel is in the collection of the Israel Museum.

Some of the intensity has come out of the market for Francis Bacon’s work but the prices have not softened. Each major sales event since November of 2021 has included a major Bacon work selling for prices above $30 million. 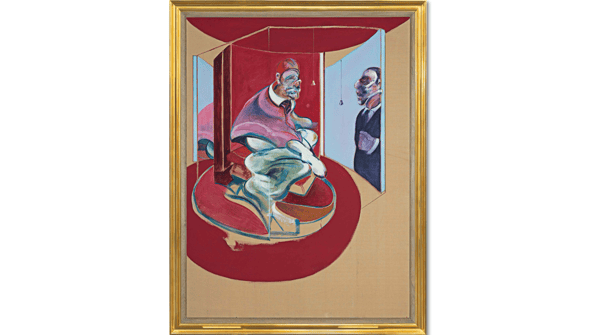 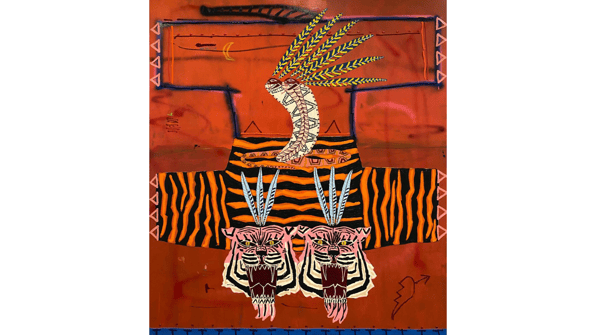