In June of 2019, a number of large-scale, dizzyingly colorful paintings by Lucy Bull were displayed on the white-washed wainscot walls of High Art Paris, the Pigalle gallery. Almost three years later, a work from the show sold at Sotheby’s for close to a million dollars.

Special Guest from 2019, an abstract painting standing roughly the size of a person, is primarily pink and yellow. It was offered with a $60,000 estimate; the winning bidder ultimately paid $907,200. How did the bidder—and Lucy Bull— get there?

Bull was born in 1990 in New York. She received her BFA from the Art Institute of Chicago in 2012. After graduation, Bull made her way to the West Coast in 2014. Working out of Los Angeles, Bull’s career was bolstered by her strong ties to a number of LA galleries. Her first solo exhibition took place at Human Resources in Los Angeles’ Chinatown. In the same year as her exhibition in Paris, Bull also had a solo show at Queens in Los Angeles. The following year, Bull was featured in group shows at Almine Rech and CLEARING, both in New York. She also had a solo exhibition at High Art’s Arles location.

The success of these shows led LA-based David Kordansky Gallery to announce on March 8th, 2021 their representation of Lucy Bull. A week later, they opened a solo exhibition of her work in their original Los Angeles location. Skunk Grove featured eleven works in Bull's signature large-scale and abstract style.

Zooming in on the eight months between autumn 2021 and spring 2022, we can see Bull’s market momentum build. In October 2021, David Kordansky Gallery presented a solo booth of new paintings by Bull at Frieze London. ARTnews reported that seven artworks sold at prices ranging from $25,000 to $85,000 to both private and institutional buyers. Since then, Bull’s prices have risen with demand. Private sales data indicates that collectors were willing to pay mid-six-figures Bull’s paintings even before her first auction result.

Bull’s rise isn’t in isolation. Her work debuts into a market where Lauren Quin is rising rapidly and Shara Hughes seems to have an endless reservoir of demand. Although at three different stages of a market arc, these three artists share an interest in vibrant color and abstraction. It’s clearly working for them. 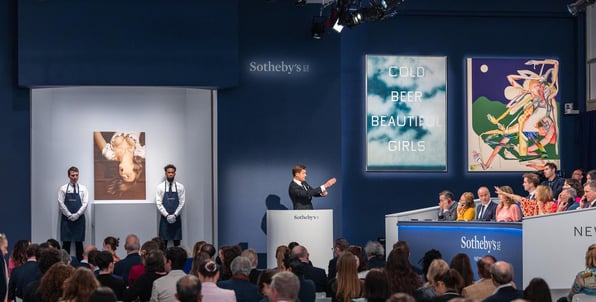 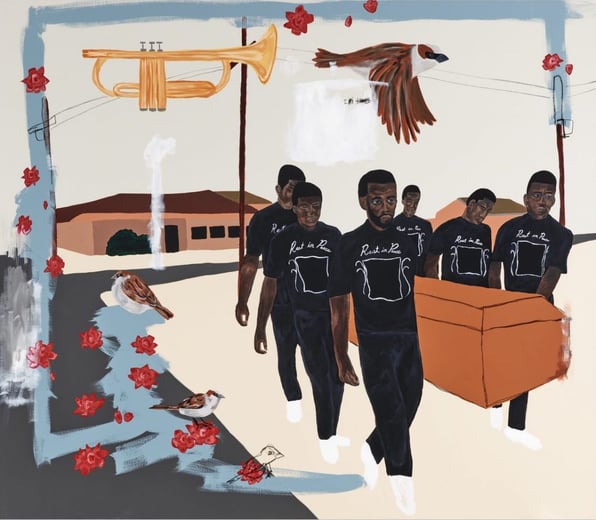