The nice guy of the art market: Phillips has now posted its three highest auction totals over the last three seasons since Stephen Brooks took the reins. Their success seems to be a mixture of positioning themselves as a viable alternative for major lots sold with third-party guarantees and a haven for art works that would get overshadowed by the big collections now driving the business. Once the house for developing markets—everybody plays that game now—Phillips is now the nice-guy alternative for selling solid seven-figure artworks.

Twombly comeback: The top lot was a late Twombly painting once owned by François Pinault. It sold after polite bidding from advisor Jude Hess to Phillips’s dealmaker Jean-Paul Engelen. Gagosian’s Andrew Fabricant was present, keeping a watchful eye on the bidding. The price would appear to be a solid showing for Twombly after a similar work sold five years ago for nearly $5 million more. The Macklowe’s Twombly may have sparked renewed interest in Twombly’s monumental works but few believe the artist’s market has returned to the levels it was at five years ago.

Grotjahn’s got some go-go: The overlooked story of the evening was the sale of the large Mark Grotjahn “face” painting, another artist whose public market was significantly more active five years ago. Earlier this year, a similar work made $7.5 million. This one made $9.8 million without a guarantee. Even with subdued bidding, the sale was Grotjahn’s second highest price at auction ever.

Pricey Primary: The now-expected run of young artists in the first few lots was less impressive this time around. The first five lots were Ilana Savdie, Danica Lundy, Lauren Quin, Avery Singer and Rashid Johnson. The first three sold for low six-figure prices that look more like primary market sales but without the big premium for jumping the waitlist. Singer’s $1.7 million price was the seventh highest for the artist but hardly a head turner. Rashid Johnson’s mosaic work made his third highest price at $1.7 million too. Later in the sale, Maria Bérrio’s 2015 work sold for a new auction record at $1.6 million,  a shade above the previous high price set just last month in Hong Kong. Loie Hollowell made her fifth highest price at $1.3 million. That establishes a solid price band for Hollowell in the million-and-change range.

Bull shifts: Some of the hot artists on offer at Phillips faltered. There was an Amoako Boafo work that fizzled but there’s no telling if that’s directional or specific to the work. Lucy Bull had a work in the same format and similar size to her record-setting $1.4 million sale. Unfortunately, it sold for a third of that price.

Abstraction traction: Solid sales for two Willem de Kooning works at Phillips came on the heels of Sotheby’s strong showing with David Sollinger’s Collage and a day sale success for a 1964 work Belle Bay that was acquired 12 years ago for $308,000 and sold at Sotheby’s for $1.04 million. That sale was near the low estimate. Phillips followed through with solid sales for an untitled work from 1977 that made $4.8 million being sold by an estate and the $3 million paid for a 1947 work, Event in a Barn, that also made the low estimate. Robert Motherwell’s 1968 work was bid to twice the low estimate to sell for $2.3 million. Works by Mark Bradford and Julie Mehretu sold for $4.2 and $4.3 million respectively. The Bradford sold for the low estimate but Mehretu’s bidding couldn’t reach the low. Nevertheless, the sale turned out to be Mehretu’s fifth highest price following her second highest set earlier this year. In a market priced to perfection, works can out-perform even when selling under the estimates.

Katz confirmation: Alex Katz’s triptych The Grey Dress from 1982 made $2.2 million after solid bidding above the low estimates. Everybody involved knew the estimate didn’t reflect the market for Katz’s work at the moment. It sold for prices right in line with other recent public sales for Katz. 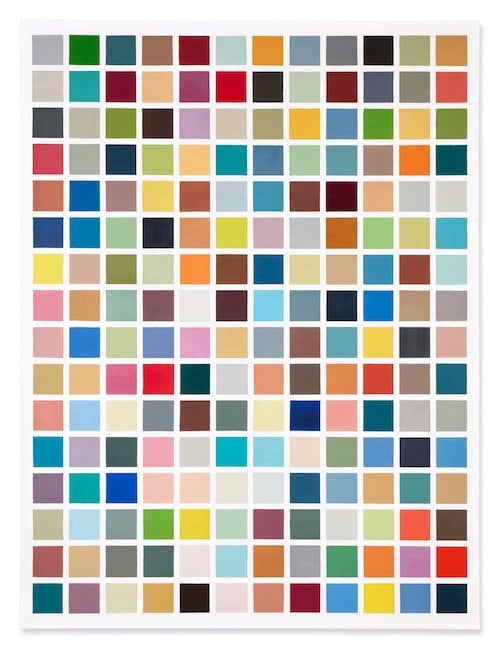 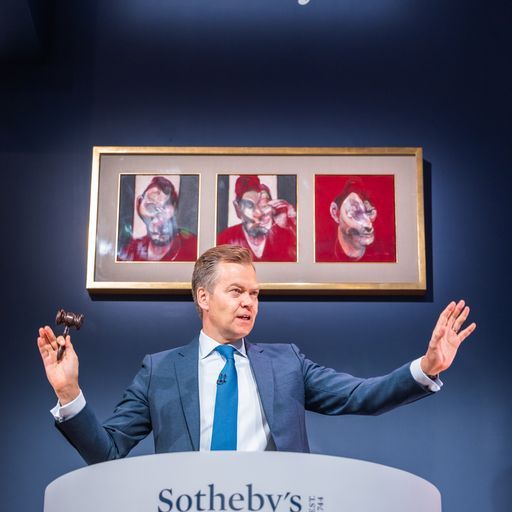 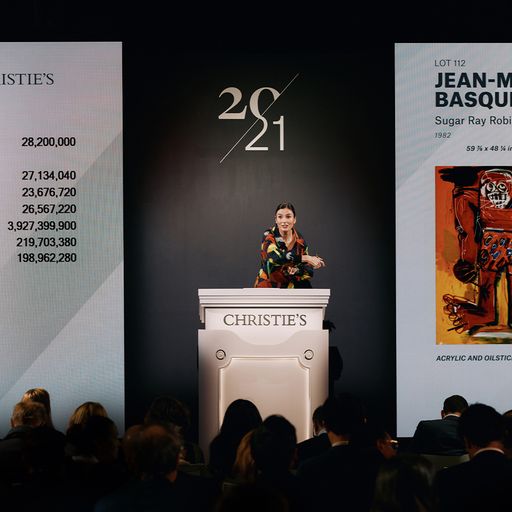