As Christie's gears up for Marie Lalanne's sale on December 7th to attract attention from US collectors, the market for Claude and François-Xavier Lalannes' work has never been better.
Marion Maneker 01 December, 2022 4 min read

Revenge of the Surreal: What explains the frenzy of interest in the work of Claude and François-Xavier Lalannes that is now ending its fourth year? Is it the Surrealist mood that seems to pervade Contemporary art that makes Claude’s cabbages with claws a must have ornament? Is it an elegiac environmentalism that makes Francois-Xavier’s exotic animals seem more like vulnerable mascots than predatory threats? Whatever the zeitgeist surrounding the increasing popularity of their work, the rising volume and value of sales cannot be denied. Works by Les Lalannes, as Claude and François-Xavier are universally known, were made in concert as the two responded to similar themes and ideas over time. The short-hand is that François-Xavier did animals and Claude did vegetation but you can find many examples that violate that rule. But only rarely did they collaborate on the same object. What they shared was a sensibility, an interest in the Surreal dating to François-Xavier’s first encounters as a young man in Paris meeting Man Ray, Max Ernst and Jean Tinguely. William Copley, the artist who was himself a student of the Surrealists, also commissioned some of François-Xavier’s sheep.

A Four-Year Frenzy: After François-Xavier died in 2008, the market for Lalanniana began to rise steadily, fueled by a steady supply of his signature sheep and her gingko tables. In 2011, a record was set when a flock of 10 sheep from a Japanese museum sold at Christie’s for more than $7 million. Then, after Claude died in 2018 at the age of 93, the floodgates opened. Claude and F-X lived and worked in a little town called Ury, an hour South of Paris near Fountainbleu. Their workshop was across the road from the house. Once an object was made, the Lalannes didn’t crate up their work and store it in a warehouse. They lived with it. The house, workshop and grounds were filled with every manner of their imaginative creation and practical ingenuity. There was enough work in Ury to divide among the couple’s four daughters—Claude had one from a previous marriage and François-Xavier had three—and still leave 300 lots to sell in 2019 for $101.5 million, 26 of those sold for more than a million. Last year, one of the daughters, Dorothée, sold the first tranche of her share for €80.9 million. This year, a smaller sale totaled €48 million. On December 7th, Christie’s will offer 150 lots from another daughter, Marie.  By the time Christie’s is done, both auction houses will have had sales over the last four years totaling hundreds of millions of dollars.

Who Buys this Stuff? As the art market embraces an increasingly broad definition of art, many different kinds of objects are increasing in value. More and more you see pottery in Contemporary art galleries and sales—and collectors combining the “design” work of artists like Picasso with their paintings and sculpture. In the case of the Lalannes’ work, they were adopted early by influential dealers like Alexandre Iolas but also by influential fashion designers like Yves Saint-Laurent. Later Hubert de Givenchy, Karl Lagerfeld, Marc Jacobs, Reed Krakoff and Tom Ford became known Lalanne collectors. Interior designers like Madison Cox, Alex Papachristidis and Robert Stilin also adopted the pair’s work. Peter Marino used it in fashion boutiques at places like Tom Ford, Dior and Chanel. There’s also a precedent for the rise of the Lalannes in the previous vogue for the furniture made by Diego Giacometti that swept the art world a decade ago (and never really left)—he did animals meet furniture, too. Because the Lalannes lived and worked outside of Paris, their work has perhaps been more visible to European buyers for longer. The two galleries that specialize in the work of Les Lalannes are Galerie Mitterand in Paris and Ben Brown Fine Arts in London and Hong Kong. Why is Christie’s Having Their Sale in New York When the Market is in Europe and Asia:  Ben Brown has been an important market maker for Asia, some estimate the Asian market as a solid 20-30%. According to Sotheby’s Lalanne guru, Florent Jeanniard, there are collectors around the world in South America, Mexico, Brasil and, of course, Europe. “Also, in Africa we have some important clients,” Jeanniard adds. There are Lalanne collectors in the US, too. Take Kenneth Griffin who helped fund the influential show of the Lalannes’ work at The Clark museum in Williamstown held last year and owns significant examples of their work. Pauline Karpidas, the Texas collector who got her start as an Iolas client, has also been a significant patron since the beginning. So the Lalannes are hardly unknown in the US—their work is sold in Design auctions in New York—but Christie’s wants to see how high the US market can go. “Family provenance adds real value,” says Daphne Riou who runs Christie’s design sales in the Americas.

How Does This Market Work? Claude and François-Xavier had long careers. They made objects up to the end and were happy to produce their more popular creations in editions. The sheep can come in series as large as 500; other objects were made in smaller but significant single-digit numbers. At one time, the designs that transformed themselves from depictions of animals to useful objects like desks or bars were prized. Now, the more straightforward sculptures seem to attract more bidders and higher prices. Balancing supply and demand in the market for cultural objects is always a delicate balance. That’s one reason art dealers exist. But the Lalannes’ market has developed in an interesting way over the last decade. Very high prices were achieved a decade ago. A year ago, the highest prices were exceeded but not by much: $7.47 million was topped by $10.1 million. And there were a handful more high seven-figure prices in between. But the real growth came from the supply side. As the family’s work flooded the market, it was soaked up by collectors at strong prices. This tends to have a virtuous effect on markets. The sales show the depth of the market which, in turn, attracts more buyers who are given confidence by the market depth. Christie’s sale will give the market more directional information. Presuming the current demand persists, the question for the future will be whether the market for non-Family works can continue to grow along at the same levels without another supply shock or whether the other two daughters will follow Dorothée and Marie into single-owner sales. 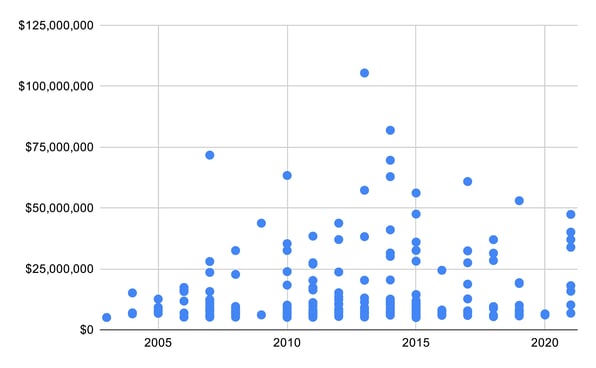 How Does the Warhol Market Really Work?

LiveArt Market Monitor's report Warhol's Marilyn and the Art Market is available as a pdf with... 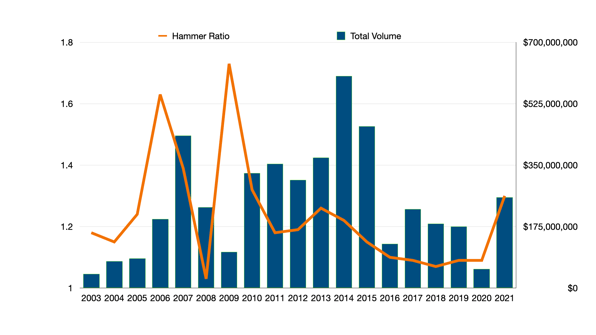 If Marilyn Sells for $200m—or Much More—What Happens Next?

LiveArt Market Monitor's report Warhol's Marilyn and the Art Market is available as a pdf here...

At Art Basel in Miami Beach this year, LiveArt’s Marion Maneker moderated a panel on...