New public records in advancing markets tend to be followed by sales at or near the old record price. Sotheby's tests this proposition with an $80m White Disaster painting .
Marion Maneker 28 October, 2022 2 min read

Just before the sale of Andy Warhol’s Shot Sage Blue Marilyn in May of this year for new record price of $195 million, LiveArt issued a report on the Warhol market that predicted the most important effect of the sale would not be at the top of the Warhol market but how the new auction record would affect the prices of other major Warhols.

The five 40-inch Marilyns have a special place within Warhol’s market. As the report shows, several of the different colored works have set important new prices, including the highest private sale for a Warhol. The artist’s Death and Disaster works also play a significant role in setting Warhol values. Four of the top eight Warhol prices were paid for one of these works; two of those set records at the time.

In recent years, the Warhol market has retreated. The causes have been the subject of much speculation and discussion. But the evidence demonstrated by the strong performance of Warhol’s prints in the multiples market, eight sets of prints sold for more than a million dollars this week, suggests that supply of high-value works has been more of a problem than demand.

Sotheby’s announced today that it would be testing that proposition when it revealed White Disaster (White Car Crash 19 Times) from 1963 as a star highlight of the New York Contemporary Evening Auction on 16 November, with an estimate in excess of $80 million.

The huge vertical work puts Sotheby’s in mind of an altarpiece. Their promotional material leans heavily on Warhol’s Catholic upbringing and continued interest in church imagery, especially icons of the Byzantine church.

The painting has been, according to Sotheby’s, widely exhibited in Warhol’s museum retrospectives, including the important early survey at the Pasadena Art Museum, Tate Museum in London, and Whitney Museum of American Art in New York in 1970-1971; his retrospective at

the Museum of Modern Art in New York, Art Institute of Chicago, and Centre Georges Pompidou in Paris, among other traveling locations, in 1989-1990; the important exhibition Pop Art at the Royal Academy of Arts in London Museum Ludwig in Cologne, and Museo Nacional Centro de Arte Reina Sofía in Madrid in 1991-1992; and most recently, the acclaimed exhibition ANDY WARHOL/SUPERNOVA: Stars, Deaths, and Disasters, 1962-1964 at the Walker Art Center in Minneapolis and other traveling locations in 2005-2006.

Further justifying the rarity and importance of the work, Sotheby’s cites, “only two other large-scale Death and Disaster paintings bear this impression of the crash, one of which, Orange Car Crash Fourteen Times, is housed in the Museum of Modern Art in New York.” The other is Silver Car Crash (Double Disaster).

The painting also has the provenance of gallerists Heiner Friedrich, who created the Dia Art Foundation, and Thomas Ammann, who placed it with the collection where it has remained for 25 years. 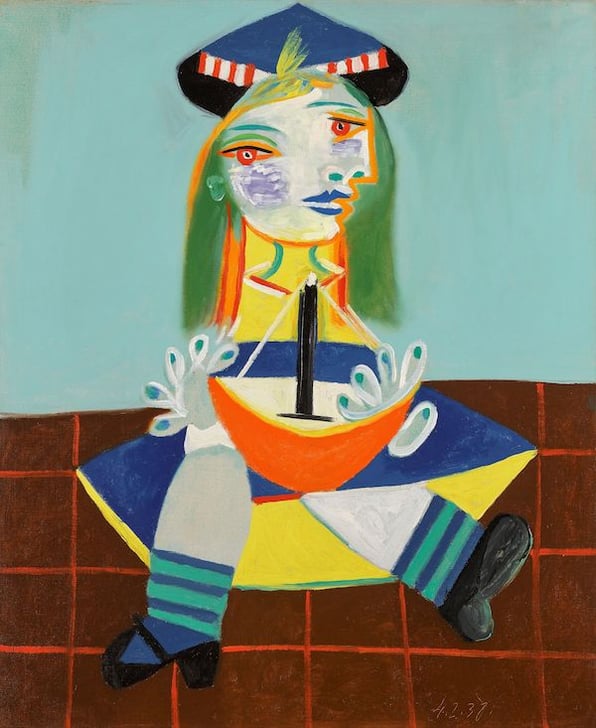 London’s March 1 sale at Sotheby’s will feature a Picasso portrait of his daughter Maya, who just...