The median price of a lot was $1.3m, higher than last night’s Ammann sale; The list of the most dynamic lots is even more interesting. To see, click here.

Managing a sale in an unexpected market: Faced with a different macro-economic environment this week from last, Christie’s shifted into management mode. Two Basquiat lots were withdrawn to protect the lots and the sale totals. Another half dozen consignors surely had conversations with their contacts at Christie’s today. More reasonable reserves ensued. Asian bidders looking for the new names in the market participated.

Who were the Evening’s winners? With the evening’s two biggest lots withdrawn or sold at the low estimate, Christie’s sale felt lackluster but the numbers give it a different feel. Especially when looking at the works that over-performed. They fall into three categories.

Anna Weyant made a breakout sale of $1.5 million for Summertime, a painting said to be sold in spite that only helped cement Weyant’s fame.

Reggie Burrows Hodges got $705,600, a record, for only his third painting at auction, Intersection of Color: Experience.

Salman Toor just nicked his previous record for less than a year ago for a similar subject with $882,000 for Girl and Boy with Driver.

Shara Hughes set yet another record price at $2.9 million for Spins from Swiss.

Joel Mesler topped his March high with To Life which made $907,200 with heavy Asian bidding.

Matthew Wong’s painting The Green Room showed his market still had room to rise to $5.34 million.

Ewa Juszkiewicz saw Portrait of a Lady sell for twice her previous high to make $1.56 million.

Tom Sachs’s Tiffany Value Meal was a surprise hit of the previews. It clearly impressed someone who paide $302,400. Which is surprisingly big money for an artist of Sachs’s name recognition.

Lisa Yuskavage basically tied her previous high-water price of $1.38 million that was set 15 years ago. (Another work comes up at Phillips next week. Watch this space.)

Eric Fischl’s The Old Man’s Boat and the Old Man’s Dog from 1982 doubled his previous record to make $4.14 million.

What Happened to the Big Richter? If there was renewed demand for big Richter abstract paintings, it evaporated late last week after the Fed raised rates. Luckily the painting that once set the record for the artist had a third-party guarantee. Based upon the final premium price, the guarantor might have had to put in a bid but still got the painting for pretty much what the consignor paid a decade ago.

What might buyers be thinking? It’s a weird week in the art market. The Fed raised rates last week. Now wealthy art buyers have to ask themselves a different question. Last week, it was “why not buy art, I can’t get better returns in financial markets?” This week, the same buyers are asking “do I really want to trade that cash—which I might need or my advisor could use to buy in when markets bottom—for a painting?” 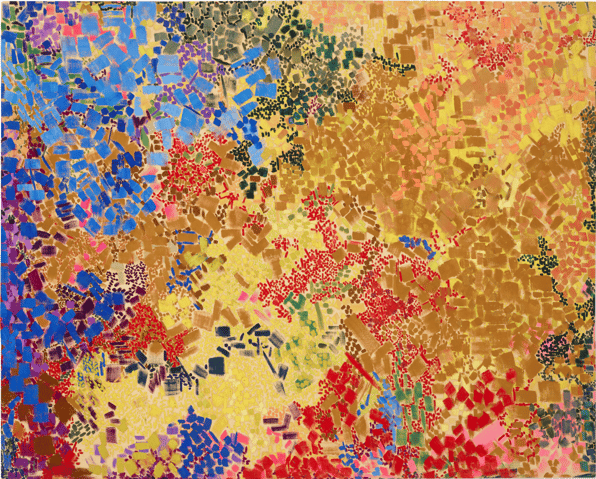