An NFT Star Goes to Art Basel—but will the two worlds ever really meet?

It may be hard to believe when the biggest event at this year’s Miami Art Week was a fashion show/tribute to the recently deceased designer Virgil Abloh, but it took a very long time for luxury brands to find a way into Art Basel. After the first major art fair since the dawn of the NFT era, it would seem that digital art is trying to find its footing on a similar path.

Not so very long ago, luxury brands were casting around for ways to associate their products with the rich clientele of art galleries and advisors. But it has proved surprisingly difficult to pull off. One issue was simply a matter of scale. Although Miami Art Week attracts a large number of attendees, even the biggest galleries or the most plugged-in art advisors generally don’t have a very large number of constituents, a few dozen to a few hundred at the upper limit.

In fact, art and luxury never really did meet in Miami. Fashion coopted art with its big budgets and enticing marketing opportunities. They are now fellow travelers now but they still run on separate tracks. Sure, the cool kids who are into both; and they were sure to show you on Instagram that they were at the LVMH Abloh tribute. Yet beyond the synchronized calendars, there wasn’t much crossover between the art and fashion events in Miami.

The same was mostly true of the crypto world’s assault on the citadel of art this year. Just to put things into perspective, Miami Art Week wasn’t held last year due to the Autumn Covid surge. But even if it had taken place at its regularly scheduled time, the rise of NFTs would have occurred after last year’s Art Basel in Miami.

Digital art grew so rapidly that most NFTs didn’t exist before this year. Although Beeple started his “everydays” digital art project in 2007, he only minted his first NFTs in the Spring of 2020. Cryptopunks, the breakout generative art project that paved the way for the Bored Apes Yacht Club were launched in 2017.  But Beeple’s breakout NFT event didn’t take place until a December 2020 auction on Nifty Gateway that made $3.5 million.

That auction would have taken place after Art Basel in Miami (if it had been held last year). Even Erick Calderon, the founder of generative art company Art Blocks, only launched his firm in November of 2020. The near vertical growth of Art Blocks all took place this year That includes the $6 million investment Calderon raised this Summer.

This Art Basel was the first chance for the NFT world and the gallery world to cross paths. Yet they mostly kept to themselves in Miami. Crypto art was everywhere in Miami this year but also nowhere at all. Like the art and fashion people, the crypto folks keep largely to themselves. They had all sorts of crypto events in and around Miami. Like the fashion brands, they were taking advantage of the city but there was little intersection between their work and the art collectors or gallery and auction industry.

One of the few exceptions to this separation of church and state was collector-dealer Adam Lindemann. He moderated a conversation between Beeple and artist Peter Saul at the Bass Museum. He was also displaying one of Calderon’s most popular generative works, a Chrome Squiggle, on his Venus Over Manhattan stand at Art Basel. Beeple’s extraordinary success, having sold $100 million in nominal value through Christie’s, has made him the sought-after crossover celebrity with the both the name recognition and financial means to straddle both worlds.

During the fair, there was gossip that Christie’s former rainmaker Loic Gouzer is advising Beeple on how Art Basel and auction houses work. Erick Calderon was also excited to go to the fair. Ubering over to the Convention Center, the Houston native chatted amiably with his driver in Spanish. Once inside, Calderon made a bee-line to a Frank Stella on view at Edward Tyler Nahem gallery and then ducked through Gagosian before seeking out Lindemann’s Venus Over Manhattan to see how his Chromie Squiggle was being presented.

Passing through Pace’s booth, Calderon was excited to see the centerpiece James Turrell work featured there. Unbeknownst to Calderon, as Nate Freeman reported in Vanity Fair, the singer Adam Levine had already bought the pink-and-blue light piece that was listed at $950,000.

Standing in front of the work, Calderon—who has a second home in Marfa, Texas that’s made from recycled shipping containers—expressed his dream of owning a Turrell.

An early collector of Cryptopunks, the NFT collectibles that are now trading at prices anywhere from the mid-six figures to $7.5 million depending upon their rarity, Calderon would seem an unlikely fan of the sedate minimalists.

That Calderon is building Art Blocks to specialize in generative art that explores creating work built around broad themes and subtle variations might help explain his interest in the work of artists like Turrell, Sol LeWitt, Dan Flavin, and, of course, Donald Judd.

“I want one work by each of those artists,” Calderon said. “I just need to find someone who will trade them for Cryptopunks.” 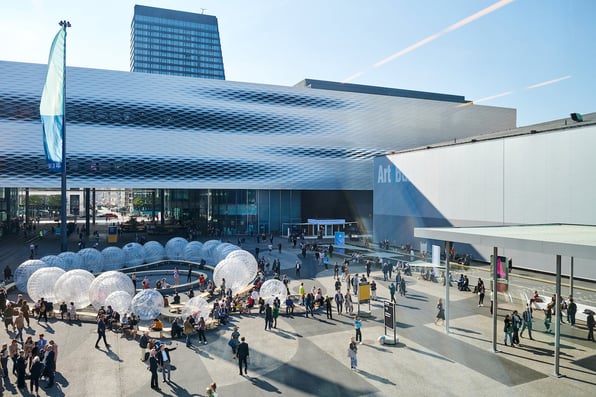 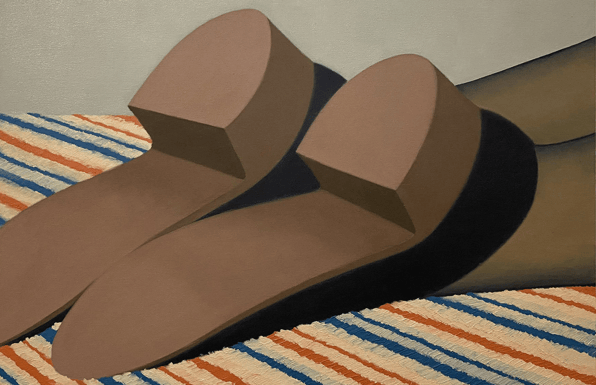 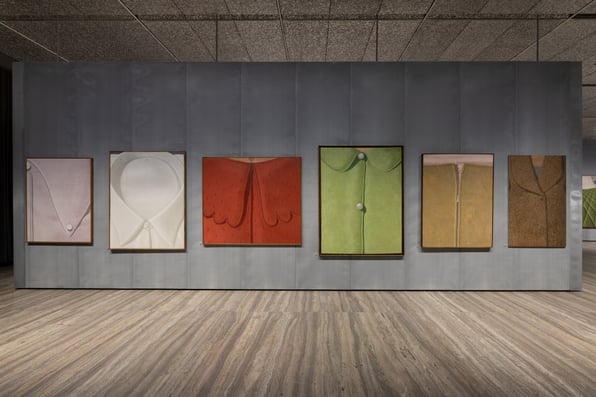 Tightly framed, zoomed in, and even claustrophobic renderings of objects are having a moment right...