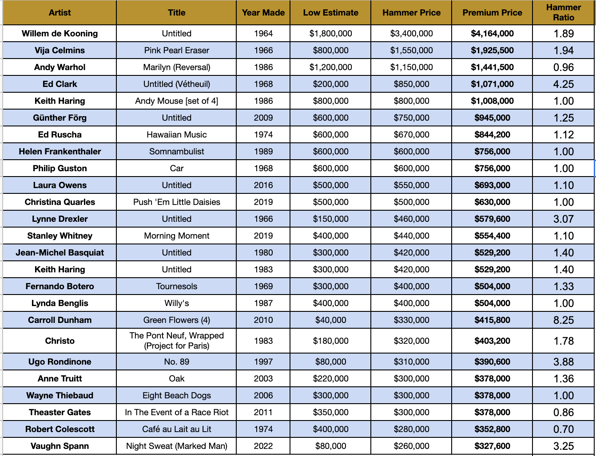 Christie's Fall Post-War to Present auction made $25.7 million, almost exactly what it made in the Spring despite concerns about the art market in a new macro economic environment.
Marion Maneker
29 September, 2022

If you had told anyone six months ago that a painting by Lynne Drexler would be offered at auction in Los Angeles with a low estimate of $500,000, the response would have been laughter. But this week Bonhams announced it would be offering Grass Symphony from 1962 at its Los Angeles sale on September 14th with a $500,000 low estimate.
Marion Maneker
17 August, 2022